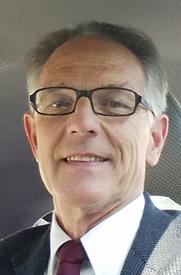 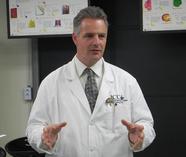 Thank you for contacting us! If needed, you will hear back within 48-72 hours.
View Larger Map

After 37 years of roasting coffee Jeremy Raths finds himself in a sweet spot.  He began as Production Manager for a company that roasted and packaged over 7 million pounds a year.  And now he finds himself the owner of a humble one man coffee roasting company.  Raths has done it all.  Through consulting all over the world Jeremy Raths has learned more about what makes a great cup of coffee than you can imagine.Jeremy spent years helping to grow the Roasters Guild through his two terms as a member of the Executive Council.  Most recently Jeremy has been focused on educating people on fresh roasted coffee through his work with Q certification as well as his continued presence in the Minneapolis coffee scene with his longtime love The Roastery.   From four bag Jabez Burns, to Probats, Diedrichs, Primos, San Franciscans, and many more machines Raths has coached many clients.  Finding the sweet spot for each bean brings great pleasure.  Cupping, brewing, pulling shots allow that sweet spot to flourish.  Raths has brought this great pleasure to many, many coffee folks around the world.

After graduating from Seattle University, Rocky had a long career in high tech acting as an integrator of emerging technologies. He started with IBM, then NYNEX, and continued as a senior consultant to niche value added resellers.

Rocky has been active in the Specialty Coffee movement for over 18 years. He founded a coffee roasting company, Rocky Roaster in 1996 and focused on both wholesale and retail specialty coffee. His company flourished and became an anchor of redevelopment in the community.

Rocky found a role in the coffee industry as an educator. He joined the Roasters Guild and was voted on to the Executive Council (BOD). During 5 years in that role, Rocky ran the Coffees of the Year competition and assisted in the development of the Roaster Certification program.

As a volunteer Rocky invested many hours of teaching and assisting in the development of the Q-Grader certification materials. He became one of the first five certified instructors of this system. Rocky is also one of the first R-Grader (Robusta coffee) Instructors.

Rocky has extensive experience in Pacific Rim Countries. He has taught in 13 countries on 4 continents.

Rocky is married 19 years and has two beautiful children that are starting to cup coffee.